Social Dilemma; Why they do not care about data privacy and protection regulations? 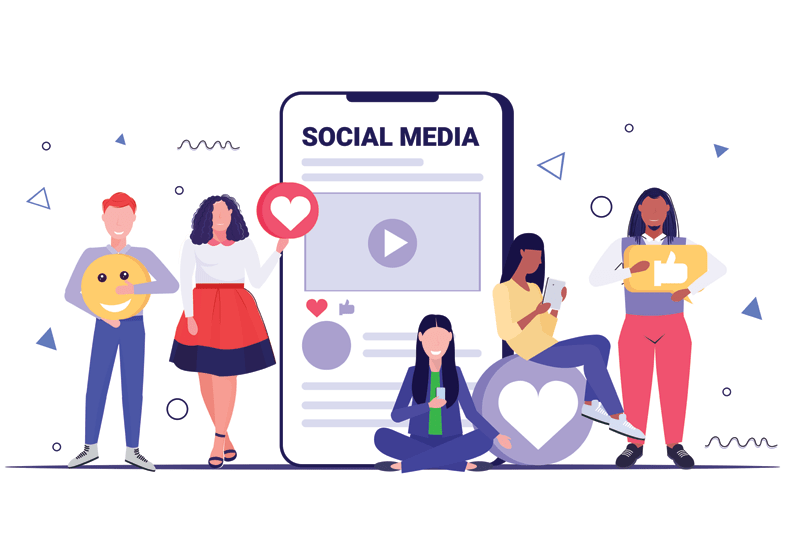 Social media has become an undeniable force in people’s lives today, and this applies in nearly every corner of the globe. In fact, there are nearly as many social media users as there are internet users*. Even those who aren’t on social media are aware of its powerful reach and its ability to influence the people that use it.

Lately, social media has been receiving a lot of attention for its privacy rules and protection regulations —  or lack thereof. One of the most noteworthy examples appeared in the form of Social Dilemma, a documentary that recently debuted on Netflix. The documentary highlights the many facets of social media and what exactly the implications are for the larger world.

Despite an every-day usage, we will quickly review what social media is. It will lead to the current legislations whose sometimes have complications to rule our user’s rights.

What Really Is Social Media?

We all know what social media are. But can we assign it a proper definition?

Social media is a widely used term referring to any website or app where users can come together. The primary purpose of social media is to share information and participate in networking. Information can be defined as any content, which may mean anything from videos to text to photos. Said like this it seems innocent.

Facebook is every bit as much of a social media site as LinkedIn because both allow people to connect with one another. Some social media is user-specific (e.g., matchmaking sites), while others are free for everyone to join.

In other words, people are creating detailed profile to stay in touch with each other. Then what or who is the product?

Who Is the Product?

Based on the definition above, With social media, the product is you. You may have wondered why these sites are free to use, especially considering the amount of money that their creators generate. The answer is that your information and the information of other users are the ultimate drivers of revenue.

The Social Dilemma or the true effects of social media

In the Social Dilemma, the documentary attempts to analyze the true effects of social media. First it explains that social media works off of a basic model that tracks the user in an effort to target ads for a variety of purposes. When we think of ads, we generally think of selling products or services. However, in some cases, these ads work to target a specific belief system or cause.

According to the documentary, the true goal of social media is to create a kind of addiction for the user so that they can continue to see the targeted content. The film then uses examples to show the negative effects of social media and its influence on everything from depression to ethnic violence.

To illustrate the purpose, there are interviews with employees and users alike about their experiences and what’s behind the social media phenomenon. They talk about how human psychology can be used to turn a profit in a number of underhanded ways.

Social media companies have had a lot of bad press recently. In particular, Facebook has been at the top of the news cycle for its frequent data breaches and questionable connections to powerful organizations.

Most people are aware that their data is being systematically collected. Most users also vaguely know that companies like Cambridge Analytica have used that data to influence political views by targeting information to different users.

However, the problem with these news reports is that the threat is relatively vague. It’s unclear exactly the collection of data is affecting users, so it’s not necessarily the first thing on a member’s radar. Members care about what their friends are up to, whether they’ve cropped a certain picture correctly, and how much video content they should upload.

They might scroll past a news story and assume that it came from their friend rather than from a third party affiliate. They might see claims about their favorite political candidate, claims that echo what they already thought to be true. Even if users might get frustrated with social media, it seems clear that abandoning it completely for most users would be worse than dealing with the consequences of collected data.

What Are the Risks?

The problem with user perception is that it’s all too easy to ignore the real risks of social media. The biggest one is the actual addiction factor of social media. Social media users become dependent on the reactions they receive from their peers, the endless scroll of content, and the easy ability to keep up on the latest breaking news.

But there are inherent privacy risks behind the use of data, including the implications of real-time bidding (RTB). With this practice, buyers will bid on advertising inventory that’s sold on a per-impression basis. When a bid is accepted, the ad of the buyer is instantly published on the site to a particular user. This helps advertisers optimize their budget, but it also creates a variety of moral and privacy concerns for the user.

Manipulation in the Age of Social Media

How social media targets users has grown in sophistication over the years. Organizations aren’t just targeting users based on location or age, but a wide variety of criteria. In some cases, this information is personal data that has been explicitly provided by the user and shared with friends. For example, a user might choose an option as to whether they’re dating, married, or single.

However, personal data is now more nuanced than just what’s shared. Businesses and organizations are now inferring certain information based on observational data, even when those observations are made by third parties or from the social media provider. These inferences are collected and organized to support ads, and the user likely has no idea how they’re being manipulated for a profit or cause.

So the question turns to the legality of this kind of manipulation. Is it within the boundaries of the company to develop these highly sophisticated mechanisms that essentially spy on users and use the information for gain? Increasingly, it seems that the answer is no.

When it comes to the legality of social media, regulations have always been slower than the technology. However, new guidelines have recently been added to the GDPR that address certain issues and attempt to clarify them.

The GDPR highlights that users have certain rights and freedoms when it comes to their personal data. It also addresses the risks that data can be used in a way that a member had not reasonably anticipated. In addition, the inferences made by third parties of the platform might compromise the user’s control over their information.

Another major risk concerns exclusion and discrimination. People might be directly or indirectly harmed based on everything from their health status to sexual orientation to the color of their skin. For example, employers or lenders might knowingly or unknowingly display offers solely to individuals from certain backgrounds. This can further continue socioeconomic divides that have been in place for centuries.

Similarly, legislation like the California Consumer Privacy Act (CCPA) was created to give consumers more insight into how businesses are using their data and more control over what can be done with it. Under the rules, consumers have the right to delete certain information and deny the sale of personal information. Consumers who invoke CCPA rights are also protected from discrimination.

We will continue to see new legislations debut surrounding data privacy, whether it’s new or an update to existing laws. However, no set of rules can provide an exhaustive list of examples. We look to new language and rulings to dispel some of the ambiguity or confusion that might pop up along the way.

One of the more important rulings regarding personal data came in the summer of 2020. It was then that the European Court of Justice decided on the validity of the US Privacy Shield. The court declared that the Privacy Shield did not provide a lawful basis to export personal data from the EU to the US.

If you’re currently using Privacy Shield, you can continue to do so until more specifics are revealed. However, companies should not start using it until the clarification.

There was also a ruling from the court that the principle behind Standard Contractual Clauses (SCC) is a valid transfer mechanism but that the actual real-world application of the principle is questionable. Many of the finer questions of SCC will need to be looked at in detail before getting more details on the practice, but the theory is that we’ll likely see new rules that additional safeguards must be implemented to ensure privacy laws are met.

But there are GDPR related fines

Knowing the privacy laws is going to be important for all organizations moving forward. Since the GDPR was implemented, there have been 410 fines reported. The largest one was for €50,000,000 to Google, a figure that dwarfs the smallest fine of €48 to a local police officer.

The total amount of fines is €177,959,174, and the parties that come under question are varied. From property owner associations to political parties to tech giants, GDPR applies to nearly everyone. If you handle any kind of data, you’re liable to follow the rules or subject to potential fines.

What is next for Social Media?

Data protection, the NHS and the COVID-19 app. Where are we at? - PrivIQ

How Does Healthcare Consent Work Under GDPR? - PrivIQ